Too Much Faith Leads to Religion: Faith vs Reason.

Faith, superstition and irrationality. Will they continue forever? - or is it possible to loosen - or even break, the heavily laden shackles of faith that burden the human condition.

An optimist assessing the spread of information via global communications in the 21st century, coupled with an understanding of the astonishing discoveries and advances in the sciences, could claim that faith based epistemology's are in their death throws and will soon be replaced by epistemology's with predictive capabilities.

A more cynical or pessimistic observer could claim that despite the internet and unprecedented access to knowledge, humans are at their very core not rational beings - or at best are part rational and part superstitious. Meaning we will continue to progress in science, unraveling more of natures mysteries, but as a species we will continue to trust in the supernatural, as if the supernatural were a real thing. When we leave the science laboratory for the day we start to think there are ghosts in the dark and gods in the heavens.

A third person, examining the situation, could say that both the pessimist's and the optimist's views are true at the moment. The struggle between fact and fiction is thousands of years old and 'god is still not dead'. The history of faith clashing with science, has led some to believe that both positions are in desperate need of a reconciliation.

If the two ways of knowing are not compatible, which the optimist would suggest is in fact the case, while the pessimist might think some form of reconciliation between faith and science will allow both to co-exist. If the pessimist could not reconcile the two they may say that faith and science deal with different phenomena. Faith and science are non-overlapping magisteria, as S.J Gould suggested. The optimist may say this is not the case, faith based claims can often be approached scientifically as the extreme claims made by the faithful directly trespass on one or more fields of science, or could be formulated as a hypothesis - or they are unfalsifiable in principle and arguably not science. The pessimist might disagree instead suggesting that faith applies to meta-physics and spirituality while science deals only with the natural world.

Deism does not overlap with science, the third person adds, as it is vague and unfalsifiable. However theism certainly overlaps with the natural world; as it claims Deities or God(s) have or are still interfering with human affairs on Earth. These theistic divine "interventions" are a part of the natural world (this presupposes the claims are true, an unsafe assumption to say the least) - and therefore these claims are fair game for naturalistic or scientific investigation and possible refutation.

The pessimist concedes Yahweh and Allah may eventually go the way of Zeus and Ra - into the mythological and superstitious compendium in the library. Yet humans will largely remain the same; credulous, gullible and superstitious. They may invent other gods to replace the ones no longer in vogue or gravitate toward the overflowing sink of other unproven supernatural, fantastical or miraculous pseudo-scientific claims. The optimist disagrees and argues that the zeitgeist is changing, religious and credulous people for the most part are now faced with accepting the scientific truth or denying reality. Reality, as we know, does not go away just because you stop believing in it. The third person jumps in and ends with what he sees as happening.


We are prone to believing what we want to be true, regardless of whether the evidence is actually in favour of the proposition. Our species only recently acquired the priceless skills of evaluating evidence, applying critical thinking, using reason and logic, adopting skeptical inquiry and employing the scientific methodology. Our future is unknown, but if our whole species cannot make use of these invaluable tools - and accept their findings - then we are stuck with astrology, religion, ghosts, UFO's and all the other results a non-predictive epistemology brings - and we are stuck indefinitely. On the other hand if enough people are educated on the aforementioned skills then faith is not impenetrable to critical thinking and skepticism. Faith could literally be replaced by reason and evidence. It seems our species has both a knack for gathering empirical knowledge and a serious handicap in using faith as an epistemology. Only one methodology has predictive powers and can take us to the moon. The other epistemology makes enormous claims about the same universe but will never take people to the moon. Make sure your "way of knowing" has predictive capabilities.

"Science is a way of thinking much more than it is a body of knowledge." C. Sagan 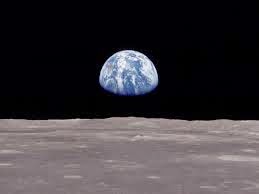