Fuck International Law! Only This Once.

Fuck International Law! Only This Once.

The problem cannot be over stated. Our intelligence is being insulted.


It is difficult for the government (so they say) to roll out their "new", "un-trialed", "drug" called Cannabis... In fact Cannabis was first used at least 5000 years ago in China, use by humans is possibly longer as Cannabis evolved a few tens of millions of years older than Homo Sapiens. Now as far as we can prove that is it was a medicine in China and elsewhere 5 millennia ago. 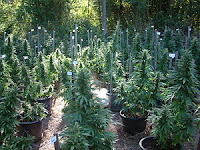 In modern times selling this drug in a manner such as alcohol would involve breaking precious international binding conventions on narcotics signed by 150 plus countries from 1971 onward; and re-signed by each country as an internationally recognized legal document regularly. Every nation with a stable or semi-puppet stable government (like a popular Geneva convention all nations repeatedly signed away their peoples rights to use a medicine based on no evidence). Basically Nixon whipped the world into a drug hysteria and they all signed without any thought for the consequences their drug war would and has caused....I am talking about millions who have died as a direct result of the war on drugs. They still are dying. Well over 100 000 people died in Mexico in the last decade due to the drug war. The same or similar is true in the Philippines, where President Duerte a Hitler fan, said he would gladly kill 3 million drug users if he were able; comparing his dream drug user genocide to that of Adolf Hitler and the Jewish Shoa or Holocaust of Europe. .. less severe but tangible problems exist in every nation. A war on drugs is a war on drug users.

This is still a delicate issue; so 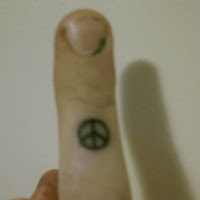 In my view breaking any hard won international laws is very serious business, except in this strange hypocritical example. When all but a few nations agree on a global law, signed by decade in- decade out, consecutive, representatives, from near every nation, essentially a law making an ancient 30 million year old plant, medicinal to humans, functional for ropes, clothes fabrics and food. Yet it is illegal everywhere as of 2017- (Canada and Uruguay being the only two nations to Federally legalize the drug - the USA and the Netherlands do not have Federally legal Cannabis as some believe). When you tell a population whom most have smoked Cannabis more than once, that they cant because it is illegal (or it is "bad" for you lol) then we are going to have a BIG freaking problem and I cannot sit by and watch! You should not either. Peace out. 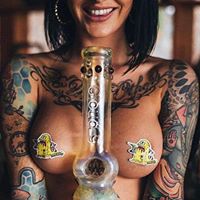 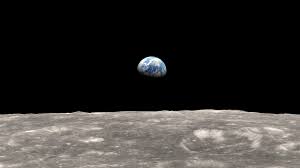